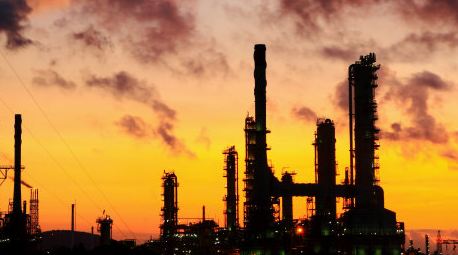 With the changing energy mix in favour of natural gas, especially when it comes to the power sector, demand for the non-renewable resource is set to increase manifold in the years to come. The good thing is that learning from previous failures to take a long term perspective; both the government and private sector are keen on import of R-LNG.

Currently, Pakistan’s natural gas production amounts to roughly 4000 MMcf/d against a demand of 4000MMcf/d. The government has increased reliance on RLNG to fill the gap with two terminals already in operation.

And it seems the third one is going to start very soon. According to Bloomberg, Exxon Mobil Corp. is going to partner with local consortium Energas which includes Younus Brothers Group and Sapphire Group to start building a $150 million offshore terminal in May this year.

Having a capacity of 750 MMcf/d, the terminal will likely be completed by the end of 2019. Recall that the first and second RLNG terminals which are also situated at Port Qasim, have a capacity of 600 MMcf/d each.
According to the Oil and Gas Regulatory Authority’s (OGRA) State of Regulated Petroleum Industry FY17, the shortfall in gas is expected to reach 3,999 MMcf/d by 2020 and the gap will reach 6,611
MMcf/d without imported gas by 2030.

Last year, the power sector’s share in consumption of gas continued to be the highest at 43 percent of overall consumption. This was followed by the residential sectors which consumed 21 percent each. In FY17 the share of RLNG in the gas supply clocked in at 16 percent but this will increase steadily in the years to come.

But while new terminals are being set up and the share of R-LNG increases to make up for diminishing system based gas, the pricing of R-LNG continues to be a bone of contention between provinces. Punjab based industry is getting more expensive RLNG at Rs1200/MMcfd whereas Sindh and KP consumers get gas at almost half at 600/MMcfd.

Most stakeholders in Punjab have called for a weighted average price formula for determination of R-LNG but it has remained elusive so far. The primary reason behind this is the right of first use of natural resources to provinces post the 18th Constitutional Amendment. However, in the long term with the share of R-LNG set to overtake the supply of system-based gas, an equitable formula needs to be determined for gas pricing.