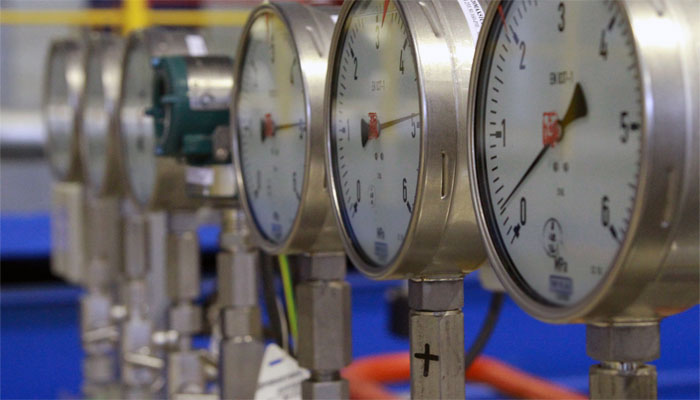 ISLAMABAD: In a major initiative, the Petroleum Division (PD) is going to pitch very important summary in the forthcoming ECC meeting seeking the permission for embarking upon the updated feasibility study for developing the strategic underground gas storages across the country to ensure energy security. Pakistan currently possesses no capacity to store even a single gas molecule. The USA has the gas storages capacity for 10 years. “China and Japan have also built many gas storages and more importantly India has also erected the gas storages, but Pakistan stands nowhere.

“We will also seek the guidelines as the petroleum division should go either for government-to- government (g-to-g) arrangement or tendering mechanism (international competitive bidding) for developing the underground gas storages,” a senior official of the Petroleum Division told The News. Spokesman for Petroleum Division Sher Afghan confirmed the development saying that building the gas storages is mandate of the Inter-State Gas System, and this organisation is vigorously working on this task. He said that like oil storages for 20 days in Pakistan, the government wants the gas storages also as strategic gas reserves. “Yes, we have prepared the summary that is sent to Petroleum Division for tabling it in the next ECC to start working on building the gas storages for 12-15 days,” Mobin Saulat, Managing Director of Inter-State Gas System told The News. “If we go for capacity to have for one week storage of gas, then the government will have to storage 3 billion cubic feet gas per day and in case we initiate the underground storage capacity for 15 days, then the government to build the storages for 6 billion cubic feet gas per day.” Mr Saulat also disclosed that inter-state gas system has already sought the investment in building the said storages from Saudi Arabia during recent interaction with Saudi officials. Russian company Gazprom is also interested in developing the underground gas storages, but ISGS needs the guidelines from the ECC on the mechanisms g-to-g arrangements or international competitive bidding for building the underground gas storages.

He said the government has feasibility study for developing the gas storages, but that is old one and now the government wants to get it updated. “Pakistan’s domestic gas production ranges between 3.8 to 4bcfd and is importing 1.1bcfd LNG totaling 5.1bcfd against the immediate demand of the country that stands at 6bcfd. By 2020 Pakistan will be having 1.3bcfd gas from Turkmenistan through $10 billion TAPI. The LNG, in the open market, gets cheaper in summer season and its prices surges manifold in the winter season.”

The rationale behind the decision, he said, to store the imported gas in summer season at cheaper rates and utilise it in winter season for keeping the country energised and industrial activity intact. More importantly in case of disruption in LNG supply chain on account of any Tsunami in the sea or any reason, the gas storages will be used for industrial activities till the time the problem is vanished.

He said that currently gas is stored in pipelines, and we can say that pipelines are the gas storages. He said that the TAPI gas pipeline after becoming operational in 2020 can also experience any kind of disruption and in that case, such gas storages can bailout Pakistan. The Inter-State Gas System (ISGS) headed by Mobin Saulat has geared up endeavours to materialise the gigantic task to build the underground gas reserves with an aim to ensure the energy security.

Spokesman for Petroleum Division Sher Afghan confirmed the development saying that building the gas storages is mandate of the Inter-State Gas System and this organisation is vigorously working on this task. He said that like oil storages for 20 days in Pakistan, the government wants the gas storages also as strategic gas reserves.

The official said that Pakistan has many such gas fields where the gas has been enormously depleted and there are the areas where in the imported gas can be stored. “Initially, we have identified areas through the study conducted many years back for making the gas storages in the country,” he said.

There are Bokhari and Kharewl gas fields wherein the government would first make the gas storages as strategic stock. “For this purpose, Pakistan has initiated interaction with an international company –Gazprom of Russia.