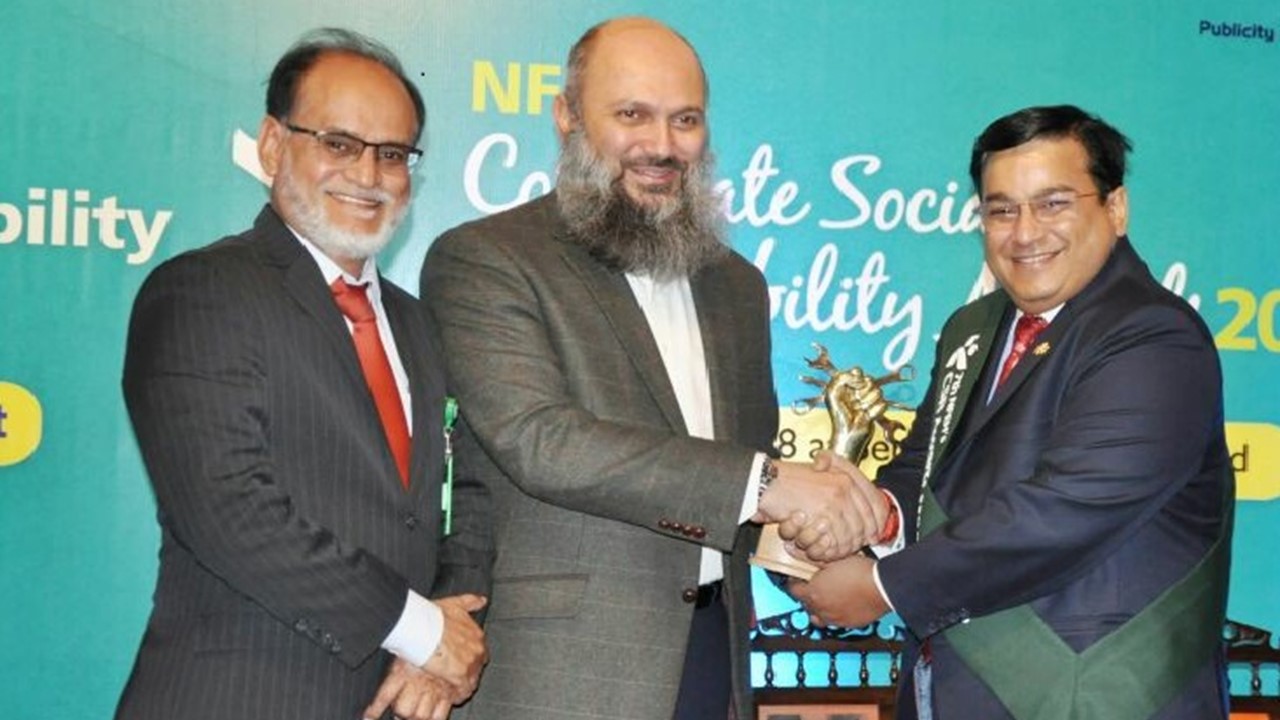 SSGC’s Corporate Social Responsibility (CSR) initiatives won tremendous accolades at the 10TH CSR Summit and Awards 2018. Shahbaz Islam, Head of Corporate Communications, SSGC received the award in the category of ‘Sustainability Initiative’ on behalf of the Company from Jam Kamal Khan, Minister of State for Petroleum Division. The Summit-cum-awards event was organized by the National Forum for Environment and Health (NFEH) in a hotel in Islamabad.

SSGC was conferred with this award for its contribution in the areas of education, health, environment and community development and more particularly in undertaking projects of sustainable nature. The Company carries out CSR initiatives either on its own or in partnership with government and non-governmental organizations. Of late, besides undertaking conventional CSR-related projects, the Company has worked in tandem with reputed NGOs on a number of sustainable projects such as installation of bio-gas plants for villages of Thatta district, and provision of solar-powered devices and water hand pumps for Tharparkar households. In addition, SSGC has also played a vital role in the preservation of mangroves and has offered bio-degradable, environment friendly bags to super stores in its franchise areas.

The Summit was marked by an incisive presentation by SSGC’s Shahbaz Islam that dilated on the importance of CSR and the Company’s role in helping the marginalized communities. H. E. Sardar Masood Khan, President, Azad Jammu and Kashmir also presented a memento to Mr. Islam.

SSGC had also set up a creatively designed booth at the event that was manned by its Corporate Communications team. The booth provided a chance for SSGC’s team to network with the delegates at the Summit. The Company was also represented by Muhammad Ali Gohar, Chief Manager, Media Relations.

The governing body of NFEH and the panel of distinguished judges appreciated SSGC’s vision being implemented through contributions in the field of CSR.