SSGC qualifies for the Semi Final of National Cup Challenge 2019 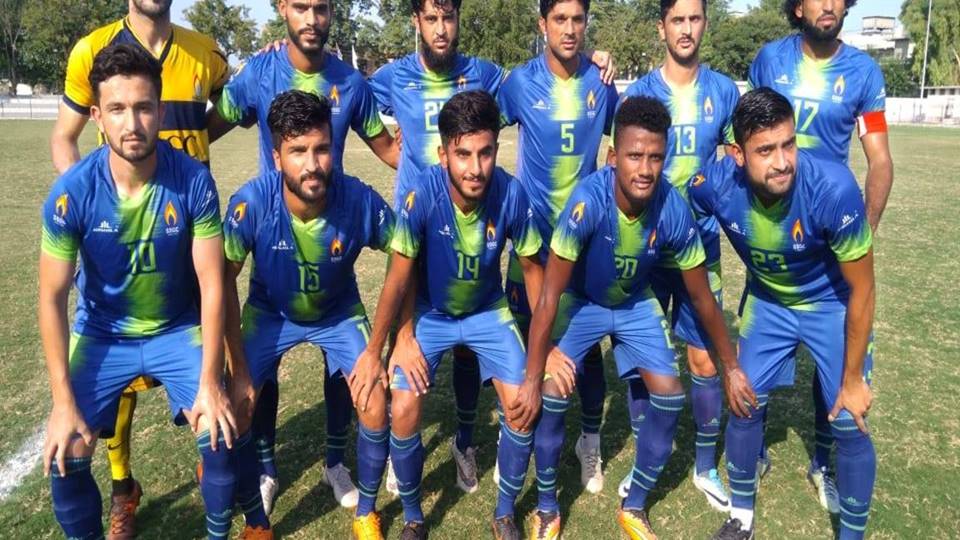 Habib-ur-Rahman’s first half strike put Sui Southern Gas Company (SSGC) in the semi-finals when they recorded 1-0 win over Pakistan Civil Aviation Authority (PCAA) in the second quarter-final of the National Football Challenge Cup 2019 at the Tehmas Khan Stadium, Peshawar on Tuesday.

In front of a huge crowd at the historic venue, both sides showed enormous resolve on Pakistan’s finest football pitch in hot conditions. A handful of chances were also created in the gruelling fight in which steady SSGC made a fine effort to have good control on the ball right from the start.

“No doubt it was a close game,” SSGC coach Tariq Lutfi told ‘The News’. However, he was not happy with a couple of squandered chances which he said should have been converted by his frontline.

“Although Habib scored a goal but we missed two easy chances when Saadullah and Zain could not capitalise on opportunities which came their way. We would have been in great position had we converted those solid chances,” said Tariq, also Pakistan’s former coach.

“PCAA are a good team. They have two fine strikers in Waheed and Naeem and when we dropped chances the pressure came on us because having one goal in your pocket is always risky to defend. But thanks God we kept it till the end,” Tariq said.

“We have no regular striker in the team. Our key striker Lal Mohammad is out of touch and we give minor chance to him. Saadullah is missing goals. We left out Jamali because of illness and in 4-4-2 formation we are playing Saddam Hussain and Habib-ur-Rahman upfront,” he said.