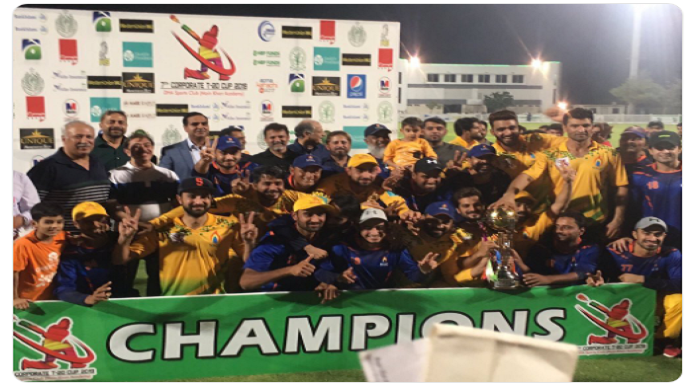 Trailing at 16/3, SSGC turned things thanks to Ahmed Shahzad and Khushdil Shah after being put into bat first by Omar Associates. Shahzad smashed five sixes and four boundaries to score 67 off 37 while Shah added 61 from 30 deliveries. Shah’s innings included 5 sixes and four boundaries. All-rounder Aamir Yamin added quick 38 off 23 towards the end to help SSGC post 206/6 in their 20 overs.

In response, Omar Associates could not get the start it wanted as both of its openers returned to the pavilion without entering double figures. Sohail Akhtar was only player from Omar Associates who stood firm against SSGC bowling. He scored 49 off 37 deliveries, smashing two sixes and five boundaries. Wahab Riaz added 33 as Omar Associates was bowled out for 165 in 19.4 overs.

Sohail Khan was notable among SSGC bowlers with three wickets while Umer Khan and Kashif Bhatti got two wickets apiece. Shah was adjudged man of the final while Sohail Akhtar was given the player of the tournament award.